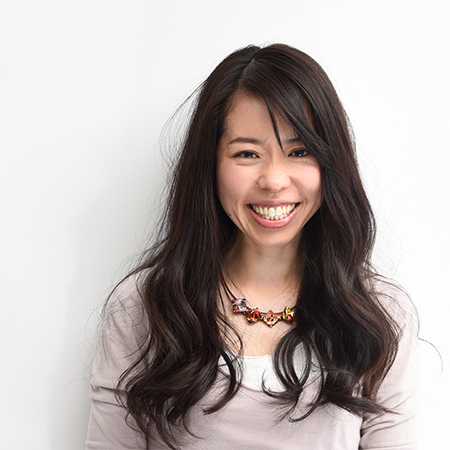 She has been playing the piano in London, Switzerland and Hungary since childhood.
2006: Graduated from Toho Gakuen College, Faculty of Music, Department of Performance, Piano Major
2011: Completed the master’s program at the Department of Music and Culture, Tokyo University of the Arts
After her younger sister’s death from an illness, she decided to work on glass as a job, which was her family’s hobby.
2012: Tokyo University of the Arts Graduate School of Fine Arts, Department of Crafts, Glass Modeling Research Student
2013: Started the glass accessory brand “ayano fukumura”, which was inspired by the world of piano pieces.

Up until now, many exhibitions have been held at galleries and department stores.
In addition, she has produced collaborative accessories with more than 30 art exhibitions until now.
She is also expanding the range of activities such as interviewed in NHK “Asaichi”, TBS “Asachan”, Mainichi Shimbun, etc., and giving lectures at companies and events.

Glassmaking was about connecting with my family.
Originally I was a pianist, and I was enjoying making and selling colorful accessories with my sister using the glass discarded by my father who was making stained glass as a hobby at that time. That younger sister suddenly became ill and passed away. My family gave handmade glass chopstick rests as a present for those who visited the funeral, and this have became a key to the present.

I learned the piano from an early age and was saved by music, and after my sister’s death I was saved by glass.
For me, “art” is a part of my life.

There is a time of suffering, worrying, and time when people are unable to take a step forward.
I am working day by day hoping to help such people to brighten their daily lives by coming into contact with “art”.

For example,
people who bought collaborated accessories with art exhibitions said that every time they wear them, they revive the excitement of seeing the paintings.
We heard that people who purchased a glass necklace with the image of a piano piece made them start listening to classic music and going to concerts.
Some people said they are not good at standing in front of people, but they cherishes it as a talisman that gives the courage and can take them to the stage by wearing gorgeous glass accessories.

I get energy from such a voices.

I hope that more people will be happy by art, just as the sound will reflect and spread when performing music in a concert hall. 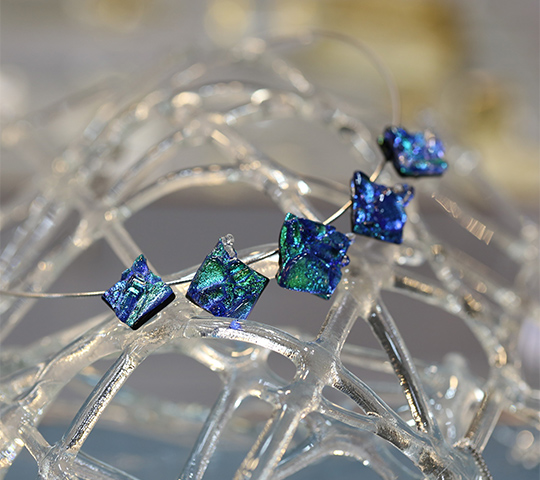 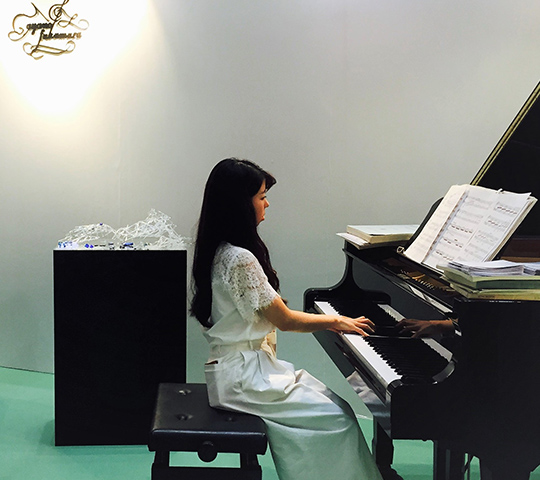 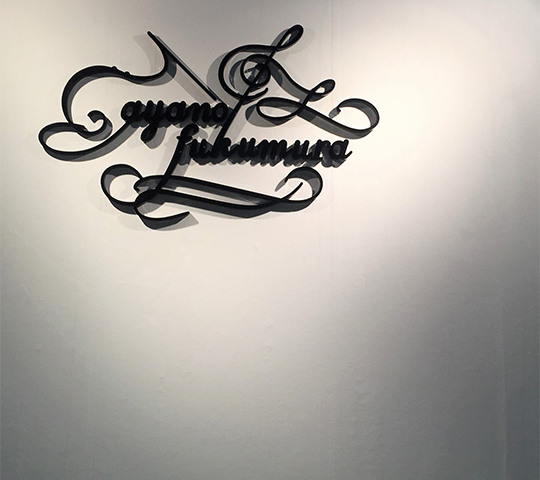