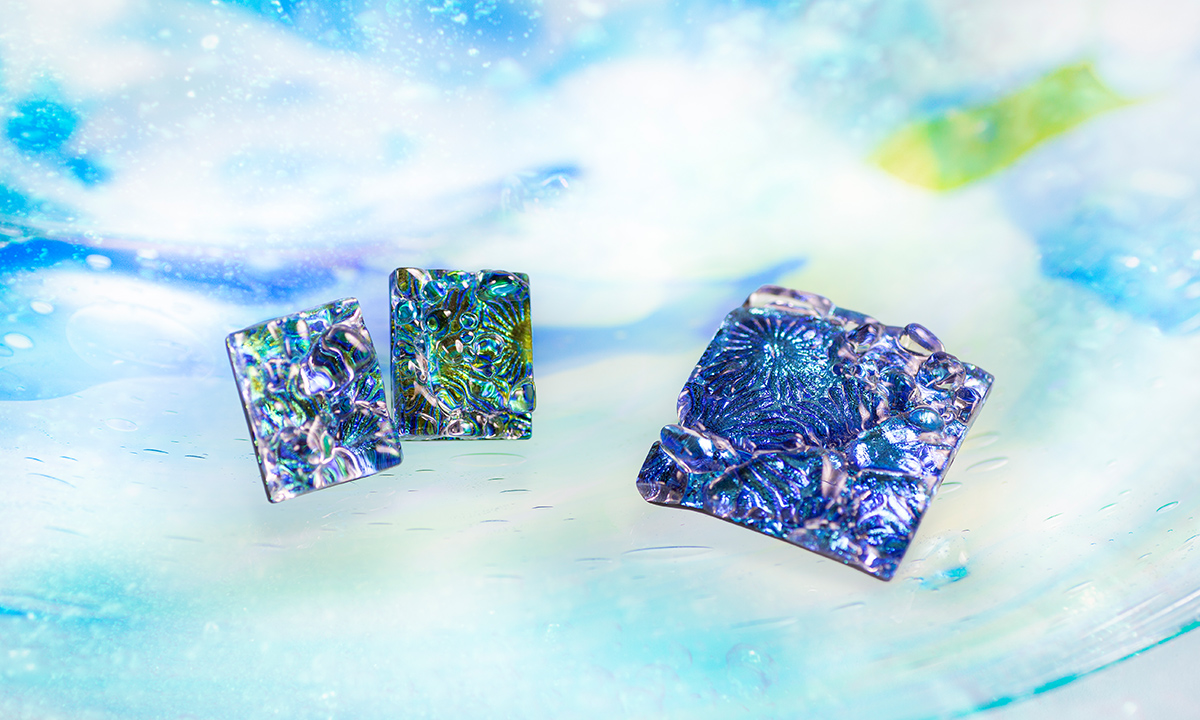 Created with the image of “Jeux d’eau” composed by Maurice Ravel (1875-1937). This song has the text “Dieu fluvial riant de l’eau qui le chatouille…” (River god laughing as the water tickles him …) at the beginning of the score. A pattern is created by a series of sounds, which organically changes shape, and the world view that changes color such as green or light blue is dropped on the glass.

Texture is added to the base glass to be laminated so that the world view where water tickling can be expressed. I layered the color on it and melted it to express it so that the color would change depending on the amount of light. It is an accessory that makes your skin look bright when you wear it.